Córdoba is Argentina's second largest city and offers visitors an interesting contrast to the modern metropolis of Buenos Aires. The city was founded in 1573 and offers a fascinating culmination of preserved colonial architecture in the country fused with a buzzing arts scene, classy modernity and an enormous student population from the city's seven universities. Córdoba is a lively destination, and a great place to mix in with the locals and get a real glimpse of traditional argentine city life. Córdoba is home to important technological landmarks including the National Spaceport, as well as being an industrial base for big companies like Fiat and Renault.

Thanks the city's layout, Córdoba doesn't take long to discover, with an easy grid of streets and many of its central landmarks easily to reach by foot. Not only you have city life, but if you want to discover some rural yet colonial villages around, there are frequent connections only 1 hour away and submerge yourself in pure beautiful countryside, where lakes, rivers and greeny hills make up more of the countryside around Córdoba.

Located between Buenos Aires (705 km) and Mendoza (627 km), the region has a pleasant climate and the mountains are recognized by the good quality of their air. An asthmatic, who will later become a well-known character, went there for his treatment: Che Guevara. The province is a popular destination chosen by Argentine tourists, mainly the region of the mountains.

Córdoba's weather in autumn is pleasantly warm, with mostly sunny days and occasional rain. Winters are cold during the evenings and night times with temperatures reaching down to 2 C but during the day it can reach 25 C, it's the driest time with hardly any precipitation. With Spring starts the humid weather, as the rainy season begins and continues through the summer months, (December to March) with daily thunderstorms.

Therefore, March to August is the best time to visit Córdoba, when days are sunny and the chance of rain is at its lowest.

The flight from Buenos Aires to Cordoba takes just over one hour. This is the preferred way of transportation, as opposed to the 9 hours bus journey. But those on a budget and have enough time, can travel by bus which are really comfortable and have ample reclinable seats. The central bus station (Terminal de Omnibus📍) is only 15 min walk from the city centre.

When arriving from the airport you can take the AeroBus service to the city centre and main bus terminal. It runs every half hour for 111 Pesos one way. Below you can find its timetables. Alternatively if you don't have heavy luggage you can use the local bus 25 (costs 30 Pesos), which also goes to the city centre, though taking a little longer.
Note, that if you have bigger luggage than a small hand luggage, drivers might refuse entry on the local busses.

In order to travel on the local buses, and the airport bus, you need to buy first the e-card of Córdoba, this electronic card is called RED-BUS and costs 80 Pesos.

When travelling out of Córdoba, to visit the local towns and other places of interest, all busses depart from the main bus terminal. There are plenty of companies to choose from depending where you are going.
Check the tab "Local towns not to miss near Córdoba", to see more information on the transport to reach interesting touristic towns.

Aero Bus Timetables PDF
🏰 What to see and do ?

Argentina's second city is a great place to visit, get cultured, shop and go out at night! There is just as much choice for entertainment as there is for sightseeing, so it's well worth spending a few days to take full advantage. Córdoba is particularly hot on theatre, museums and the arts. The stunning Teatro del Libertador General San Martín is a brilliant place to catch an interesting show in beautiful surroundings. When visiting during the Summer nights in the Cabildos Patio de Tango, one can't avoid to get carried away and watch an unforgettable dance of Tango, an experience to taste pure Argentinian culture. However, any season is good to visit in Córdoba and keep you busy. As well, note, that many of the attractions and sights to visit are all within walking distance so makes discovering the city an easy and enjoyable affair.

✔️Tip: Visiting the city's museums and and some cultural institutions is free of charge on Wednesdays!

Below are the main attractions to see whilst in Córdoba:

If you gather information on your visit to Cordoba, you will hear a lot about towns which have all a lot of interest by it's locals and who will recommend you to visit them. These towns are Alta Gracia, famous for being the residence of Che Guevara and the German colonial towns of Villa General Belgrano and La Cumbrecita.

✔️Tip: After visiting the residences of the famous people, you will have noticed the opulent style of houses in the area. It's region is one of the wealthiest in the Province and it's  no surprise that many other current lucky owners have built their houses here. Stroll along the safe streets taking pictures or observing the different styles and then wander around the town, where you can eat something nearby the main attractions, like the Lake of Tajamar, the public clock tower and PLaza Manuel Solares. 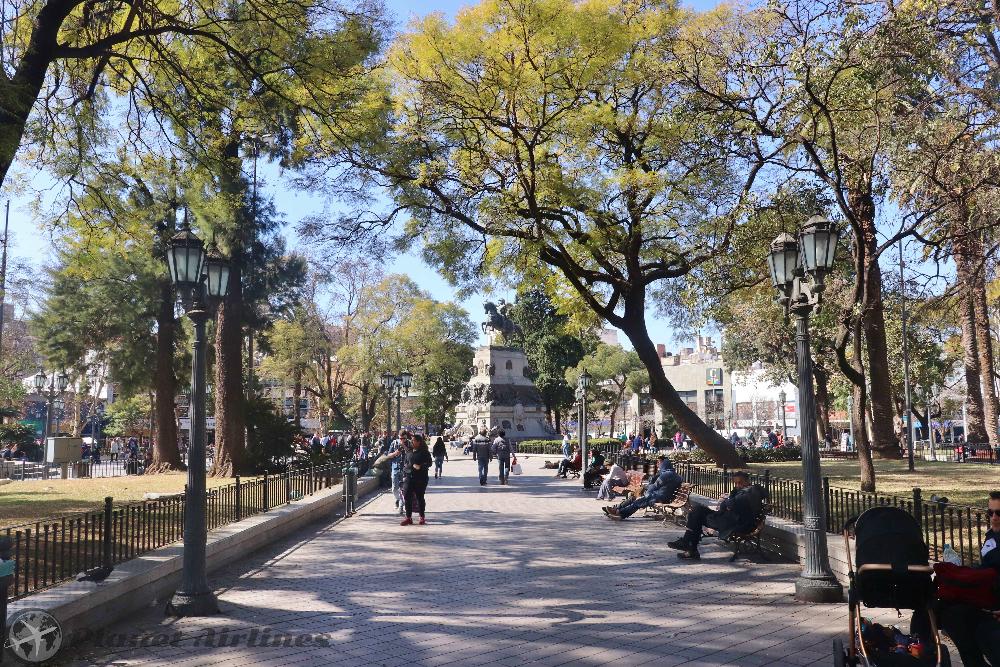 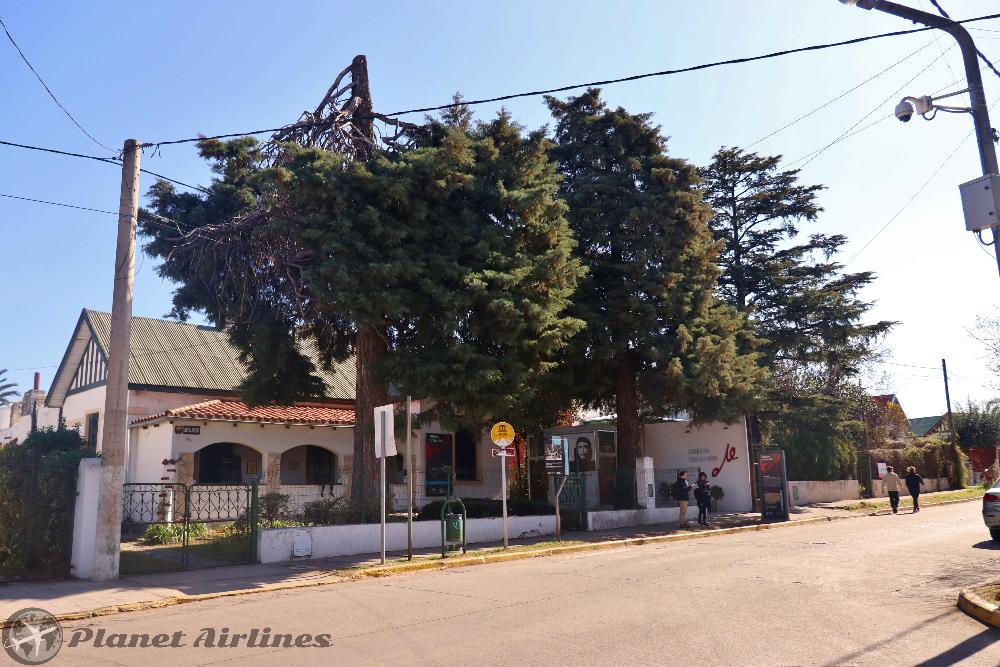 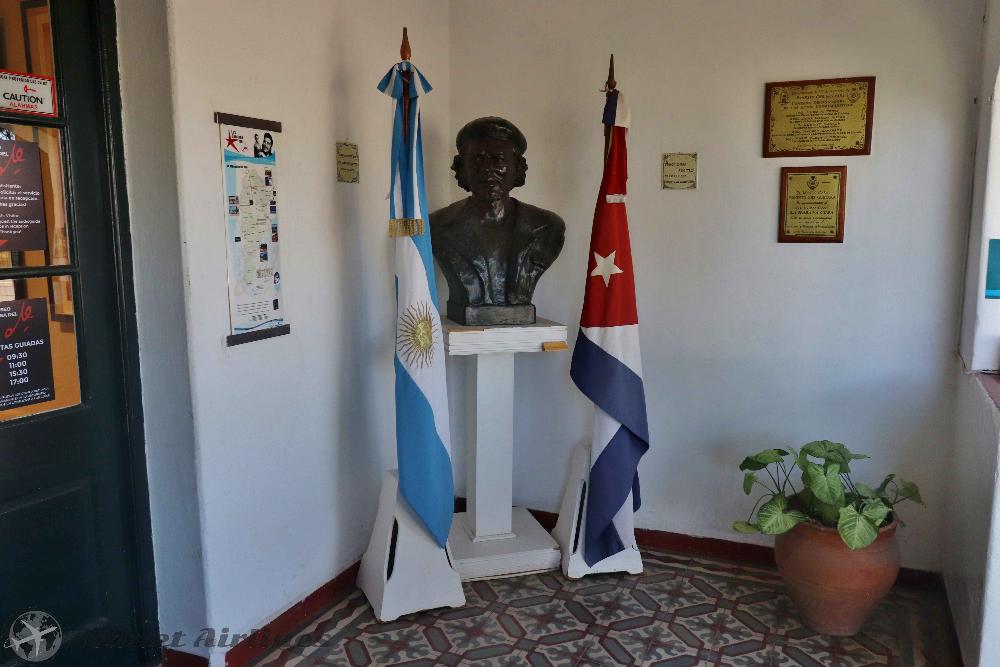 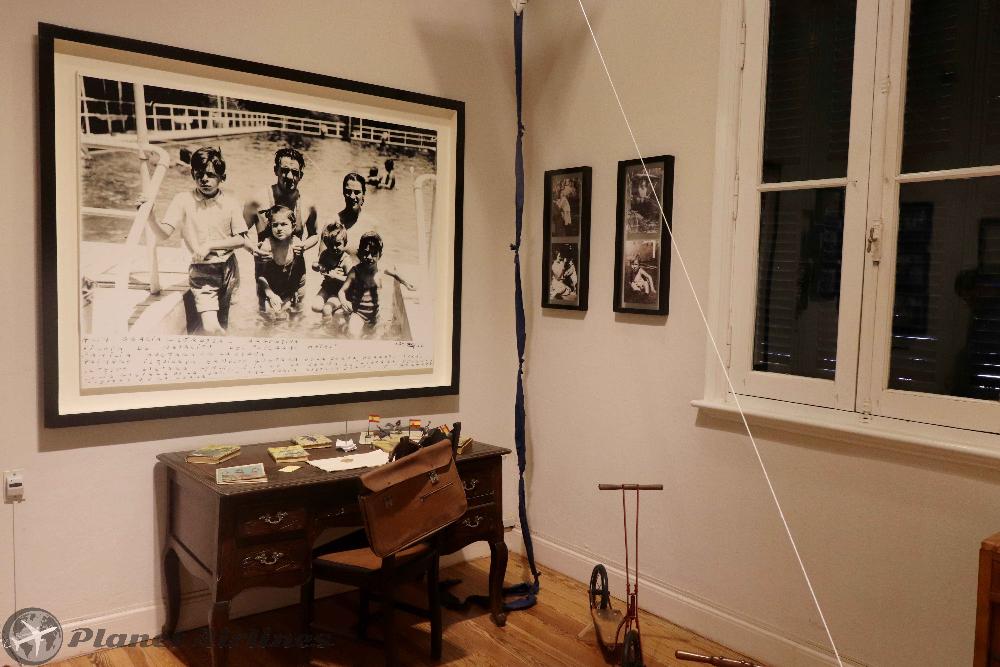 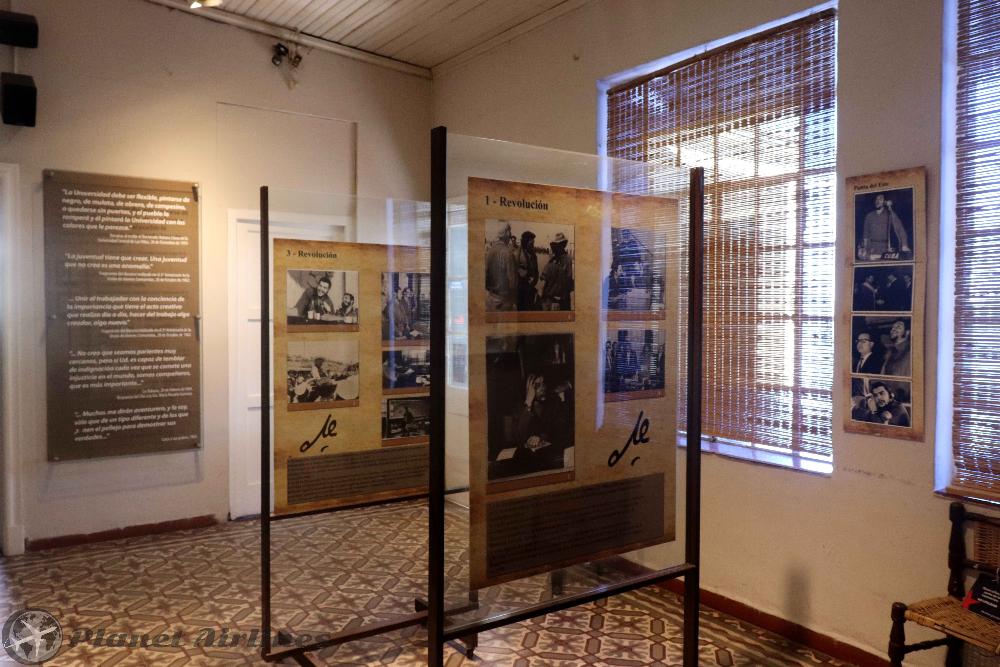 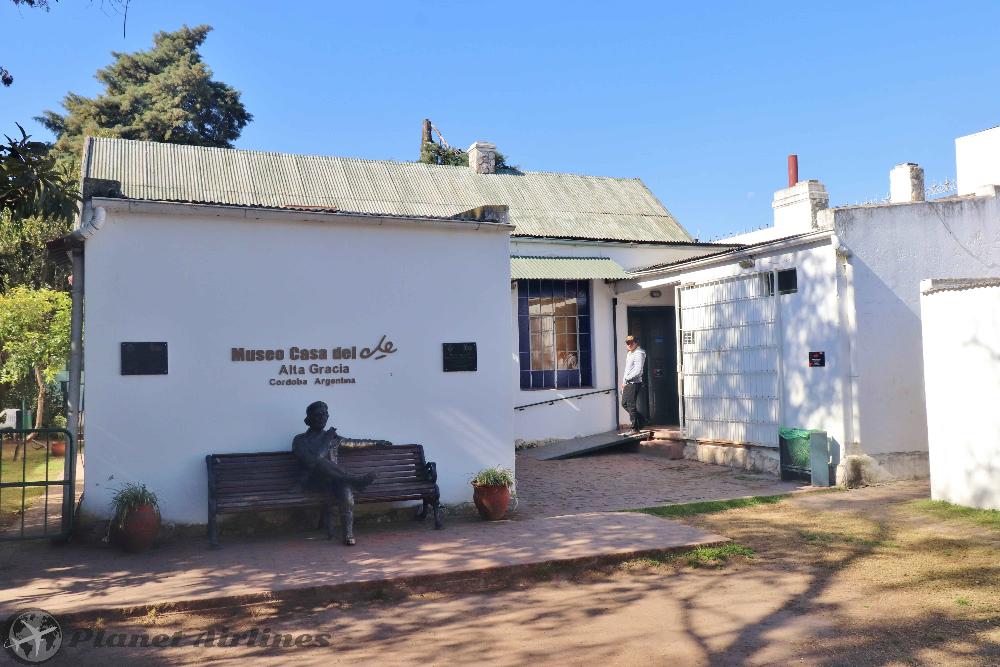 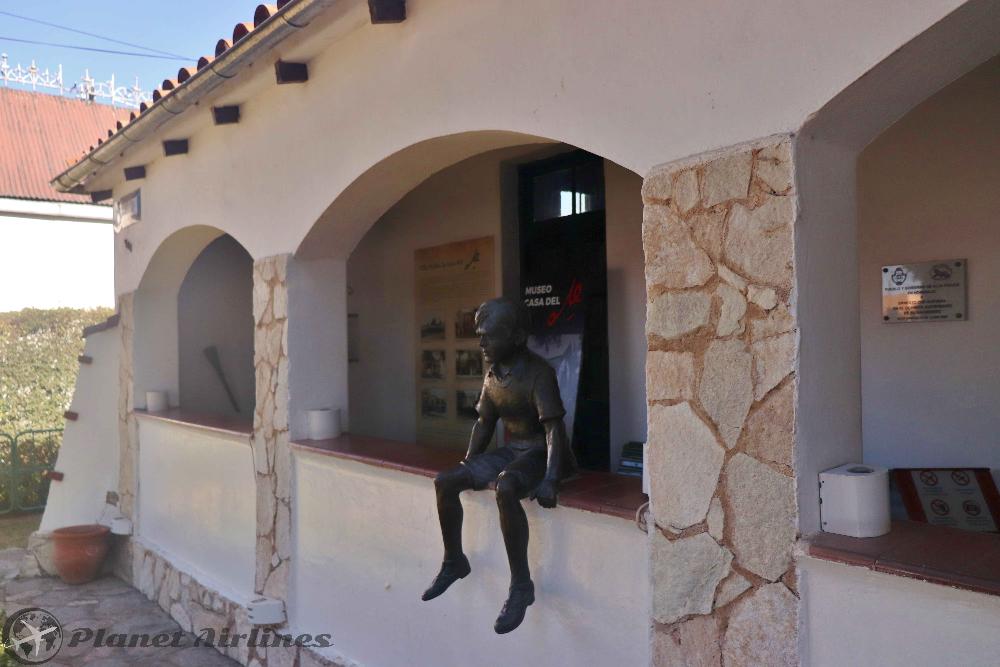 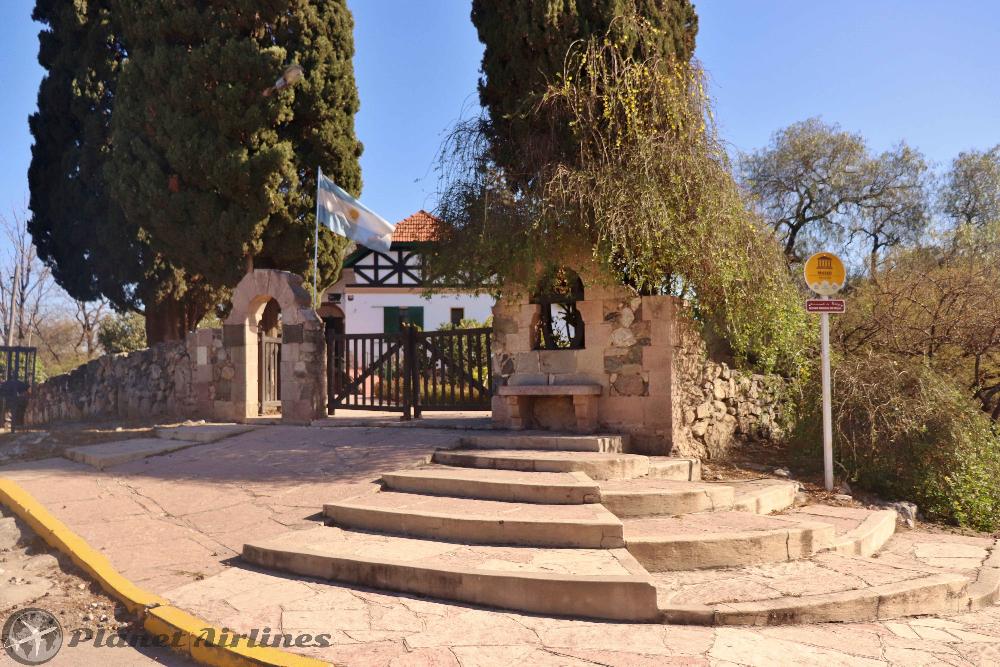 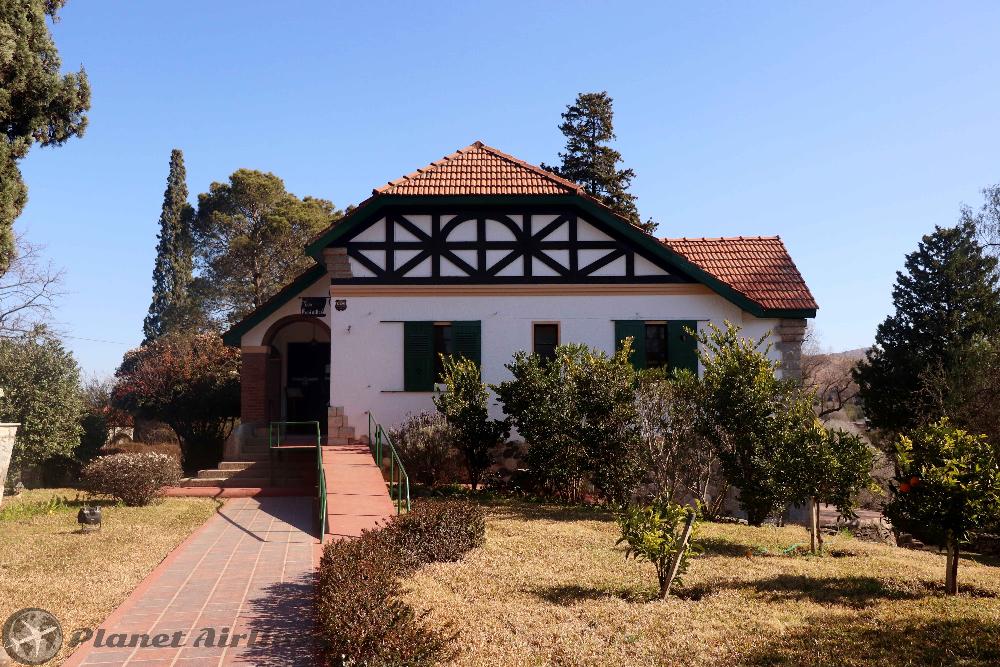 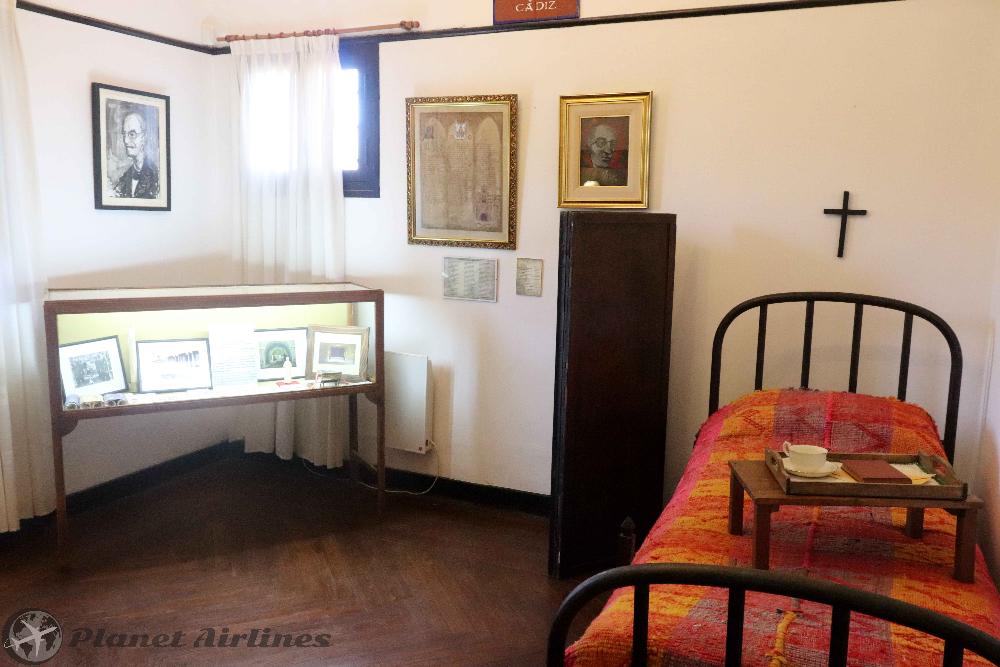 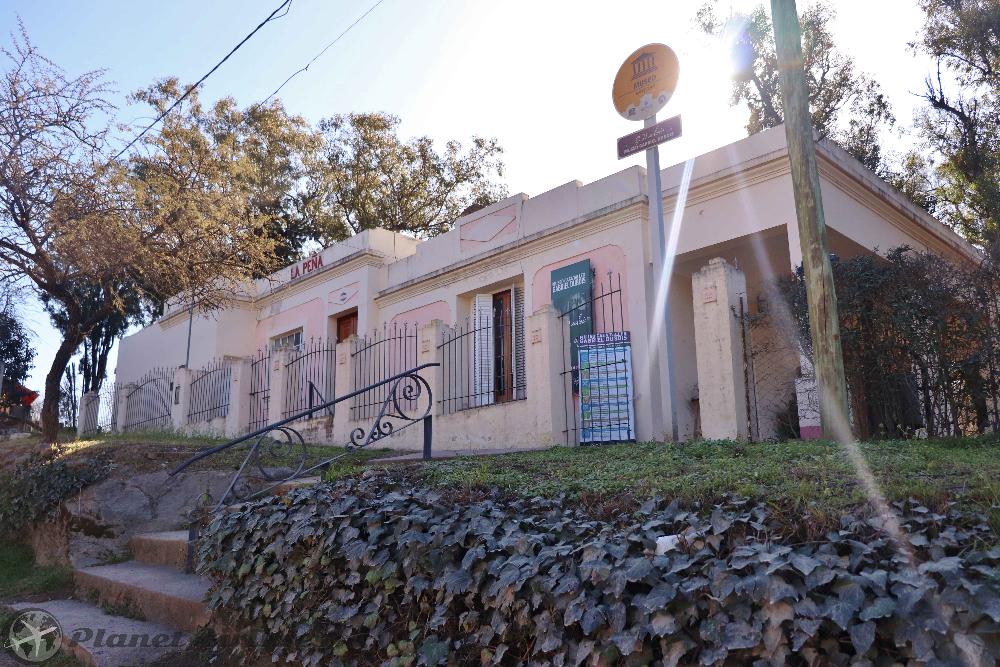 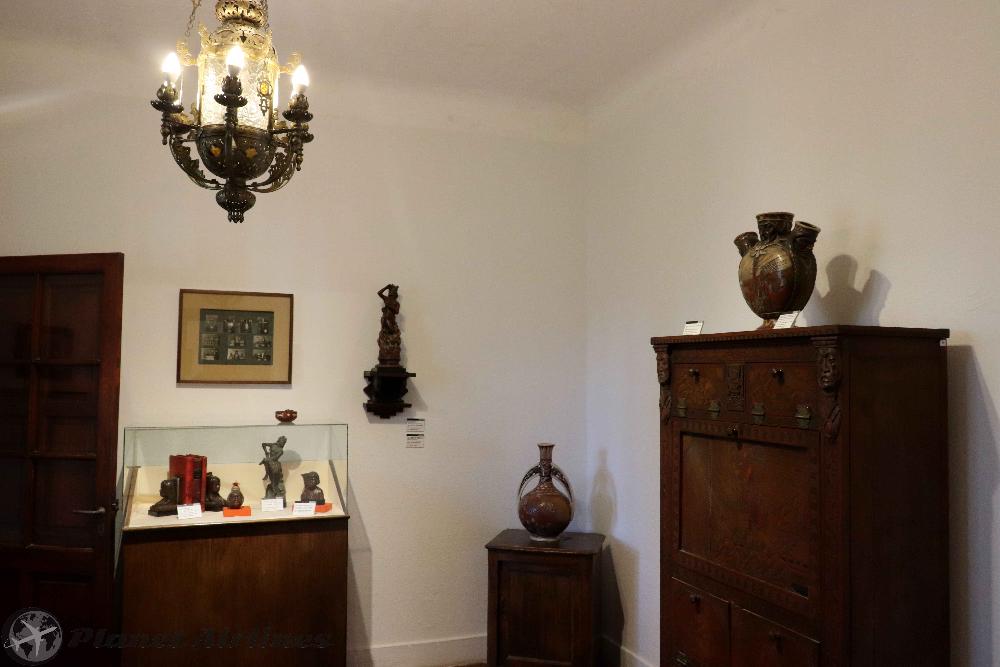 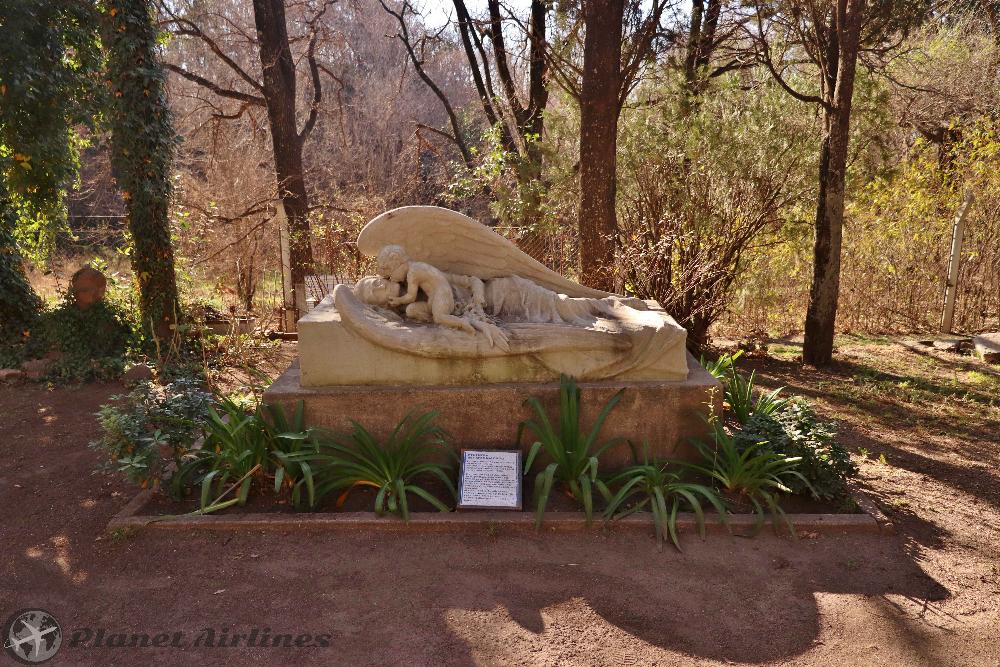 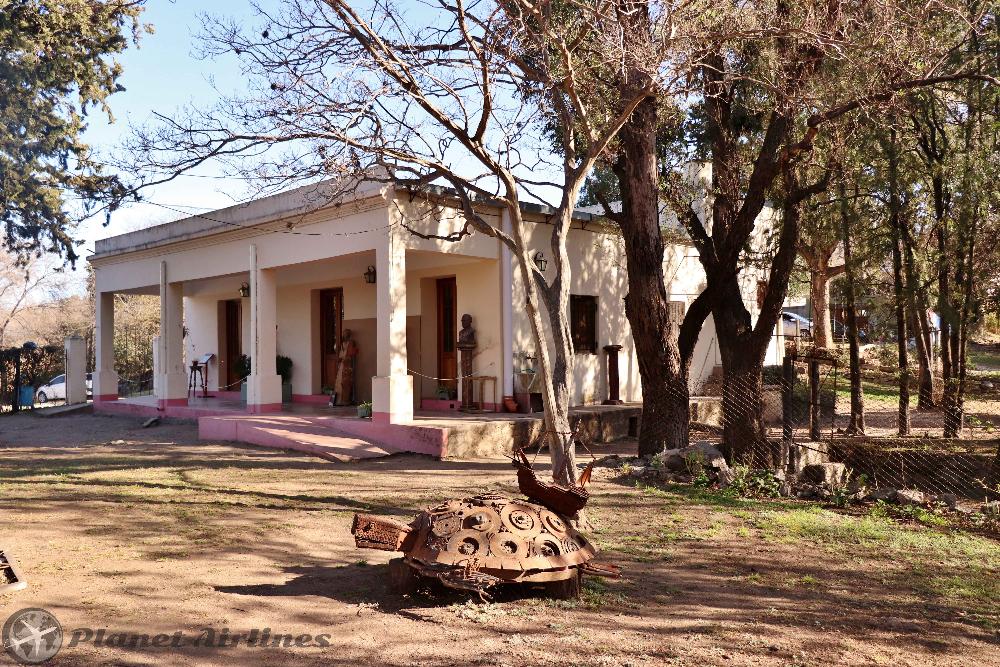 Villa General Belgrano: The first impression that one has from this city, is a city of beer, but it is as well one of the most beautiful districts in Córdoba. Its located 87 kilometers South of Córdoba city with a privileged spot within the vast Calamuchita Valley. Temperatures range in Villa General Belgrano between 5º and 25º C; it features colder winters and hot summers, compared to the rest of the area. However, rain falls more during the Summer season (December to March).

Its people are mostly of European descent. Communities of natives and descendants of immigrants from Germany, Switzerland, Austria, Italy, Hungary and Spain for example. However, the town will stand out for being predominantly German/Swiss influenced! That said, it's no surprise that they celebrate the Oktoberfest here, big time! Thousands of people engage on a pilgrimage to this spot every year to take part in the event which is the most longed-for event in the town. Additionally is also holds two more national festivals: the Alpine Chocolate Festival, in July, and the Fiesta Nacional de la Masa Vienesa, in April.

Other times it's still great to come to visit and walk along it's pretty streets, enjoy a German/Argentine cuisine mix in the many restaurants along the Av Julio Argentino Roca 📍, visit the tourist information centre and climb to the top of the tower to observe the view of the town, walk along the river banks at Paseo De Los Arroyos or relax in the many spa's of the Hotels which provide this experience as a package. So, with its interesting German architecture, peaceful surroundings and incredible natural beauty, it makes this town one that year after year, more and more tourists from all over the world come to enjoy.

Additionally, Villa General Belgrano enables tourists to go on several tours around the attractions of the valley and then return in the afternoon, like Santa Rosa or La Cumbrecita. (see below).

Getting to Villa General Belgrano is generally done by bus from Cordoba. It takes just under 2 hours (costs under 400 Pesos) with frequent departures from 3 different bus companies: Sierra de la Camuchita, Busses Lep and Pajaro Blanco. (no website yet). Note to check timetables before going as departures are every two hours.

✔️Tip: There are tours to La Cumbrecita from both Cordoba, costing around 1700 Pesos, and from Villa General Belgrano, around 700 Pesos. From Cordoba, tours are mostly daily with exceptions, but from Villa G. Belgrano they only operate on Tuesdays, Thursdays and Saturdays.

You will find a brilliant amount of choice in Córdoba city. The massive student population also means that eating and drinking is cheap and there are often different offers to tempt you into the bars. You can discover the Fernet, the typical drink of Córdoba which packs a punch and doesn't taste particularly nice which is why it is generally drunk with a mixer. Definitely worth a try but be warned that the hangovers are memorable...!

Head to Nueva Córdoba for eating and drinking. This is also the best place for eating as there are restaurants aplenty, many with a characteristically boho-hippy feel and chilled out atmosphere. The Mercado Norte is also good to go out for some cheap eats that are tasty and economical. It is also a cultural experience to wonder around the stalls and watch the locals going about their daily business. Be aware though, that unlike most markets this one is open every day except for Sundays.

For clubbing, the area known as El Abasto is stuffed with fun clubs and bars, many of which have live music. Note that in Argentina people will have dinner around 22h to midnight and clubs start to open at 2am.

Barrio Guemes is the place to go for shopping. It is packed with little craft and antique shops. Otherwise you will find lots of commercial opportunities close to the city centre, from San Martin Square. If you are looking for big shopping malls, head to Nuevocentro Shopping, Cordoba Shopping, Dinosaur Mall Complex or Espinosa Mall; all these are out of the city centre, so you will need to take local busses or taxis.

The amount of accommodation options are  multiple and varied, from high end Hotels with excellent services and big rooms to budget friendly hostels and private accommodation. Prices can range from €25 per night in basic Hotels to €70 in renowned chains. Hostels and other accommodation types vary in Cordoba, with many students and houses offering rooms via Booking.com or Airbnb. Generally one can find cheap rooms in the city centre as Cordoba has a lot of competition when it comes to overnighting for short terms.

Have to note as well, that some of the older buildings in central Cordoba, might be well located, but if it's too cheap beware of any cons and always read the reviews before you book! Might end up in a place without heating in Winter, no Wifi access and hard as rock beds!

Argentina's second biggest city is well suited for a budget traveller who is just passing by and wants a quick glimpse of the city centre, as everything important to see is in walking distance. However, for culture and art, the city does attract a lot of tourists and gets very popular at weekends. Sometimes queues can form at the entrances of the museums and become very crowded. For a more relaxing experience, visit the city during the week, if you want to explore the art scene and its museums.

There is a lot of smaller towns away from the city which are also worth a visit. You are able to do them within a day tour, with or without a guide.
So consider staying in the city of Cordoba as your main base for 4 to 5 nights and travel around.

Receive the best deals by notification straight to your phone! Planetairlines.net